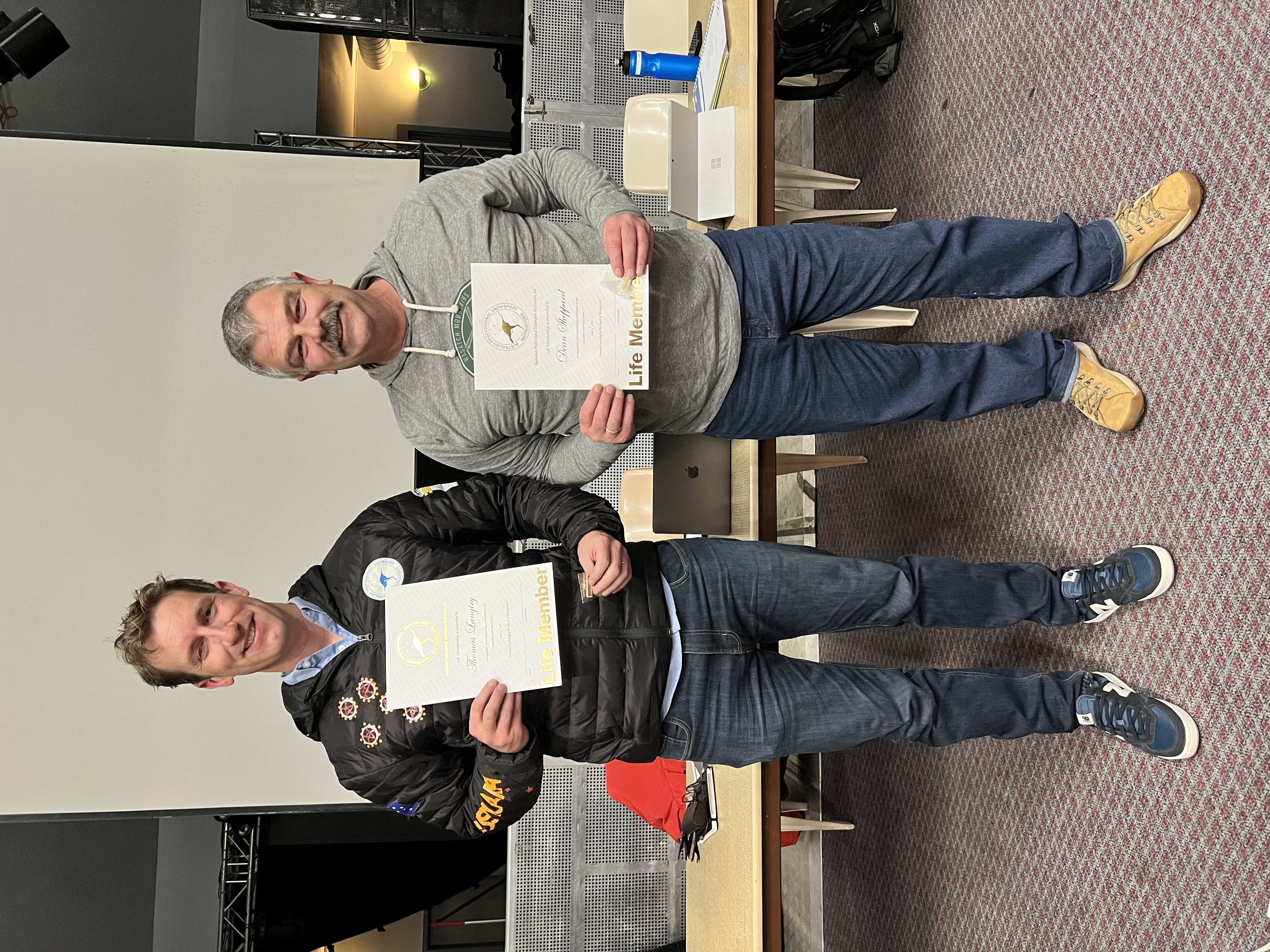 We are pleased to announce two recipients of the 2022 Life Membership award: Thomas (Tom) Langtry and Dean Sheppard.

Tom Langtry has contributed greatly in his near 20 years working in the Australian snowsports industry and as a member of the APSI. Tom has gone above and beyond in all of his roles within the APSI, and external roles which provide a great benefit to APSI members.

Tom's contribution through trainers training at the annual Trainers Coordination each year is beyond what is expected by the Technical Committee. He jumps at opportunities such as Winter Sessions, Spring Sessions, trainer development days and professional development days to help members and trainers alike. Tom has contributed on the biggest stage, Interski, where he is involved in all presentations (on snow & indoors), demonstrating his professionalism and knowledge. Being involved across all areas rather than just one results in an increased workload at these events.

Tom's contribution has included several volunteer roles for a sustained period of time, including National Teams and Technical Committees, where Tom has countless volunteer hours on creating a better association for APSI members.

Tom’s work in Japan to help build the APSI brand and support APSI members in Japan has been a key contributing factor to the success of the APSI in Japan. Tom played a major role in APSI courses and exams being introduced to the main island of Japan, with training opportunities in Hakuba, Myoko, and Madarau resorts. This led to APSI members being able to continue their personal and professional development all year round.

Above all else, whether representing the APSI directly or indirectly in the resort, Tom has always treated all APSI members with respect, and offers his time to any APSI member to help them grow and develop regardless of their background. Tom is a true gentleman of the APSI, a leader and mentor to many.

Tom’s contribution would often go unnoticed by the membership. He is not front and centre, soaking up the limelight. Tom’s contribution is through the relationships and connections he builds with PEOPLE, and the APSI is in the industry of people. Tom’s passion, empathy, and hard work are infectious and filters throughout the entire snowsports industry via the many APSI members he has trained and the APSI trainers he has mentored.

Dean Sheppard first joined the APSI in 1985 and completed his full certification by 1989.

Dean was one of the original adaptive trainers not only teaching, but also introducing adaptive equipment, and contributing (with the help of Ron Finneran and Graeme Morris) to the writing of the first adaptive manual. Once there were enough trainers and examiners in the adaptive discipline, Dean moved to in-house training at Hotham after 1999 and has been there ever since.

Dean combined two of his passions - racing and adaptive skiing - in 1990 becoming Head Coach of Team Hotham and a Coach within the Paralympic Team.

After witnessing the most successful Australian Winter Paralympic team effort, Dean decided it was time to open it up to all to experience the unique Australian alps - no matter their physical or mental abilities. It seemed only right that the APSI expand the instruction of sports in the winter environment to include Nordic, and the newly entered discipline, snowboarding.

Dean's commitment for decades to running in-house training at Mt. Hotham has contributed to training over hundreds of adaptive instructors. Dean always takes pride in training both alpine and snowboard instructors to become certified in the APSI adaptive discipline.

This season will mark Dean's 37th season teaching in Australia and his 33rd season teaching in Europe and North America; collectively teaching 70 seasons. In these 37 years, Dean has founded his own charity in his home town of Harrietville for adaptive snowsports. The charity, Able Management Group (A.M.G) was founded in 2000 focusing on fundraising for equipment on the mountain.

Dean is heartfelt to have received a nomination for APSI Life Membership and honoured to be recognised for the founding of adaptive snowsports and keeping the passion of helping others in the Australian alps.