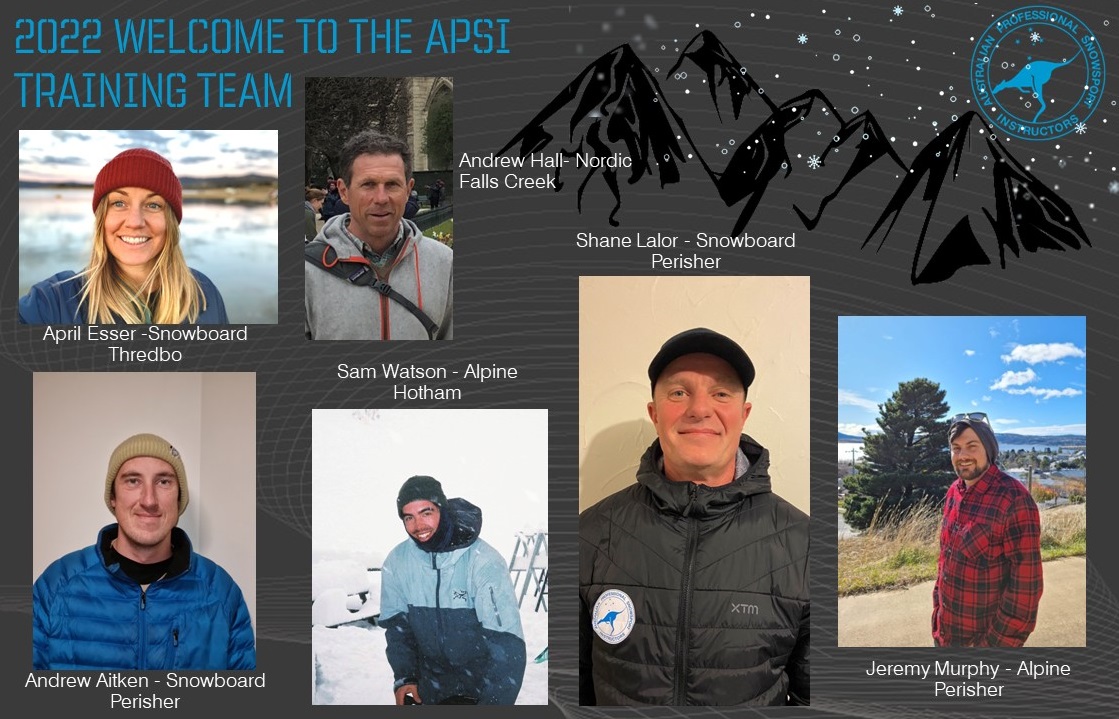 April is originally from California and has been working as a ski and snowboard instructor since 2009. April is coming into her fifth season of instructing in Australia and will be working at Thredbo this winter.

You can find Sam at Mount Hotham and Whistler Blackcomb, Canada in the northern seasons. Sam is currently the Head Alpine Coach at Team Hotham Winter Sports Club. Sam is looking forward to being a part of the team and providing some great value to the APSI members!

Andy has worked for Perisher since 2007 as well as Whistler Blackcomb in Canada & Happo One in Japan. Andy loves every form of snowboarding! Andy is also involved in Training within the CASI (Canadian) system, and we welcome his knowledge to the APSI.

Shane is a Snowsports Supervisor and Snowboard Training Manager at Perisher. Shane is originally from Fremantle, Western Australia and has more recently become a permanent resident of Jindabyne. Shane shares a love of all board sports and is very excited to join the APSI training team.

Andrew started the first ski school at Lake Mountain, teaching for six winters. He has taught at Royal Gorge (US) for two winters and Ski School Director for five winters, instructor at Woodstock XC Vermont for 1 winter, XC NCIS National Coordinator for two winters and Manager of Tahoe Donner XC School for 1 winter. He is full cert PSIA Nordic and both a Nordic and Telemark Examiner for PSIA, and CANSI Level 2 Nordic and Level 1 US XC coach. He brings a wealth of experience to APSI.

We are excited to have all of you on board! We look forward to working with you all this season and into the future.