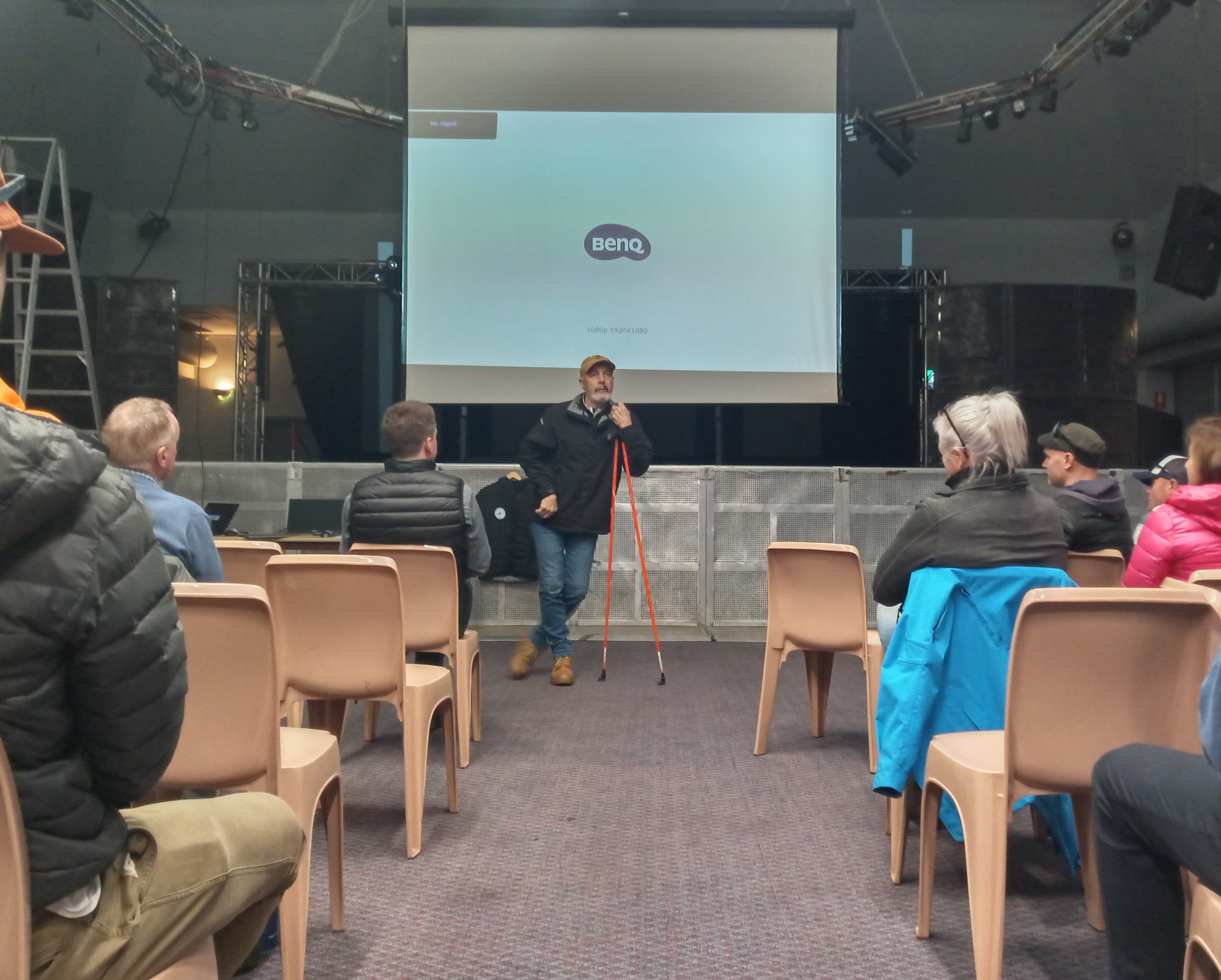 Keith Jephcott, Nordic Trainer, APSI Life member and Corryong High School Old Boy was recently acknowledged at the Trainers Coordination for his life-time contribution to nordic ski instruction. Keith was one of the founding members of the Australian Ski Federations' National Coach and Instructor Scheme (NCIS) in 1977. He participated in the first Assistant Instructor Course in 1978 which saw a number of Norwegian and American instructors brought to Australia to provide the skiing and teaching skills to professionalise nordic skiing. By 1982, NCIS was delivering its own programs with occasional overseas support. One of the early challenges was the development of teaching the new skating technique that was pioneered by American Bill Koch with a silver medal in the 50km event at the 1976 Olympics. Bill was brought to Australia by the NCIS in 1984. Keith as both a Trainer and the NCIS National coordinator played a pivotal role in these early years. Apart from being a coach and instructor, Keith competed in the 1985 World Championships in Austria.

Keith was part of the Australian Interski team in Japan in 1995 where he was part of the display team (on nordic skis). He played a key role in having the Instructor pathway of NCIS brought into the APSI fold in 1998 and was the Technical Director for a number of years. In the 24 years nordic has been a part of APSI, Keith has been there delivering nordic courses as well as coaching for 15 years at Ivanhoe Grammar where he encouraged many of his students to become nordic instructors. He has also coached and instructed many of the past and current crop of nordic national team members. Keith's contribution to nordic coaching and instruction has been immense and he continues to play a role as an elder within nordic, constantly challenging our thinking and approach.